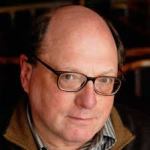 Oscar Hijuelos, a Cuban-American novelist, and the first Hispanic to win a Pulitzer prize, died of a heart attack whilst playing tennis in Manhattan on Saturday.

The Mambo Kings Play Songs of Love, the novel which won the Pulitzer prize, published in 1989, tells the story of two Cuban brothers who travel from Havana to New York to start an orchestra. The book, which became a bestseller and won international acclaim, was eventually turned into a movie starring Armand Assante and Antonio Banderas.

His other novels include Our House in the Last World, Empress of the Splendid Season, Dark Dude, The Fourteen Sisters of Emilio Montez O’Brien and A Simple Habana Melody.

Welcome everyone to my blog! My name is Cate and I recently decided that, rather than keep my reviews of books I’ve read limited to one medium, I would create a blog for every book lover to access on the internet. Why? Well, because I love to read and also because I want to help out authors by giving their books a spotlight on my blog, and possibly help them reach a wider audience. So take a look around and enjoy yourself!